The exhibit 70 Years of Jeep celebrates the beloved brand and its evolution from military vehicle to one of the auto industry's brand-darlings.

Starting April 19th and running through December, the Chrysler museum in Auburn Hills, Michigan will be home to the exhibit that will feature a classic, yet rare Jeep model: Willys MA78621.

Just how rare you ask? The car is one of only 45 known models stemming from the benchmark year of 1941. Jeep fans will cringe at the thought that this particular model was found rotting in a field near Fort Lewis. It was restored in 2002 and was believed to be one of 4 MA's shipped to Fort Lewis for testing by the 15th Infantry.

Jeep's passionate brand loyalists will relish viewing the iconic progress of Jeep with the exhibit's sizable collection of models ranging from the 1940-era classics to the innovative auto-concepts of the mid 2000's.

[caption id="" align="aligncenter" width="420" caption="The iconic Jeep Willys MA78621 is sure to be a highlight of the Chrysler Museum's exhibit."] 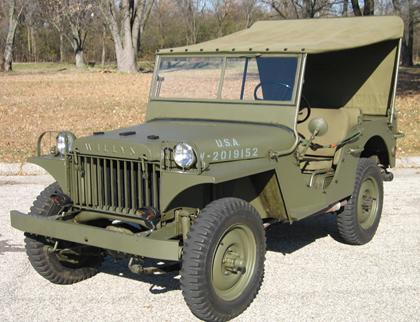 Click for a full list of featured Jeep vehicles and more exhibition details
Posted by Mark DeGroot at 7:15 AM